Finally a new version and a new unimaginative name.

You can get the program from https://bitbucket.org/mikko_laine/pyastrostack/downloads. On Ubuntu I suggest using the ppa archive:

The repository is still under the old name. After this update sources and install package mosstack.

Next I'll start working on some kind of a manual. If you're familiar with the stacking process (know lights, darks, flats and biases) the program should be quite straightforward to use.
Posted by Unknown at 7:55 PM No comments:

AstroStack: Closing on 0.5 release and roadmap to future releases

No, there's no new name. I didn't come up with anything. The name is now AstroStack and executable is astrostack with no CamelCase. I'll also change distribution package names and Gentoo and Ubuntu releases to lowercase.

Since there's a graphical user interface now I thought it would be nice to have an icon as well. I'm not sure if my graphic skills even match my coding skills, but here it is: 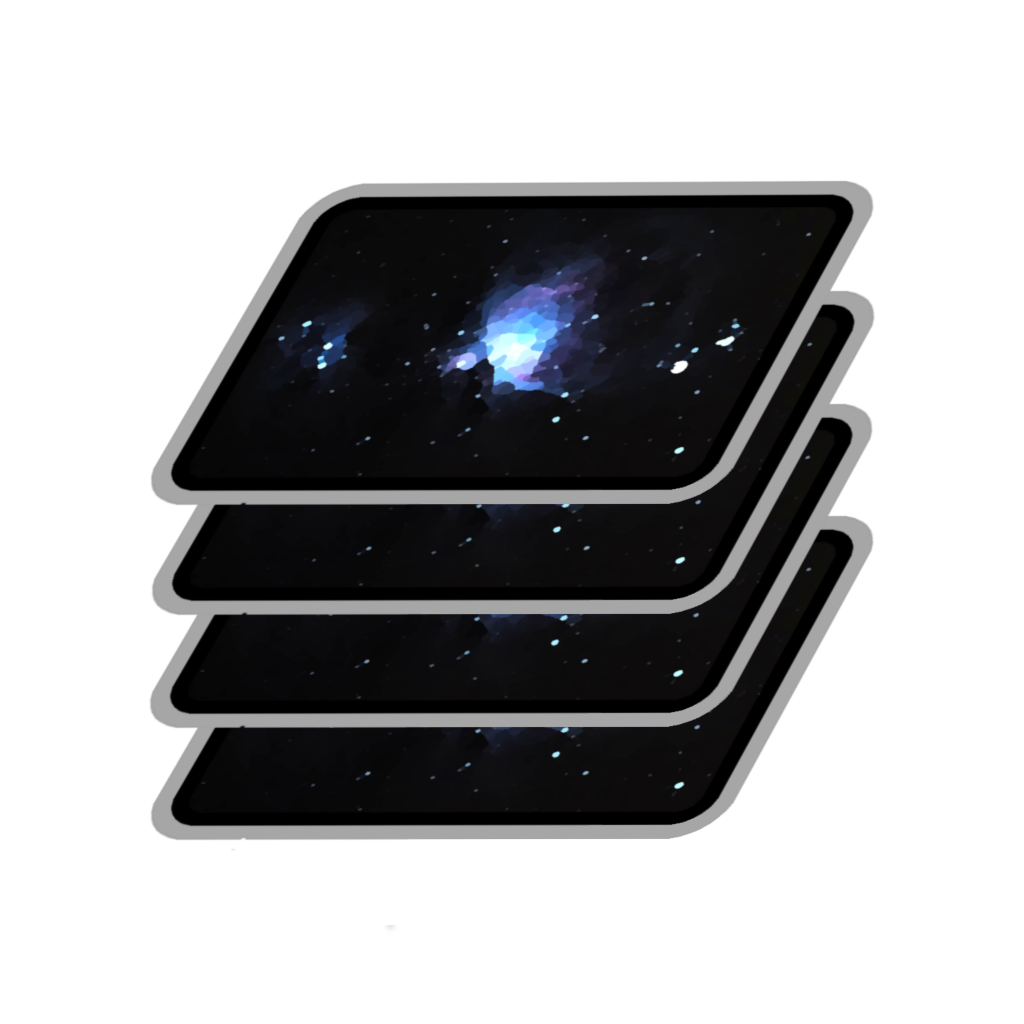 I'm also including a .desktop file so AstroStack will be found in the menu of desktop environments that support these files. My understanding is that they all should.

A release candidate (RC3) is already uploaded in BitBucket and Launchpad. The program itself is working fine on RC3 (at least it seems so...), but lacks documentation, .desktop file has some problems and the icons are in wrong format. I hope I have enough time to finalize this on the weekend. Now that I go to work again after one year of child care leave, my time on this project is more limited.

Posted by Unknown at 7:04 PM No comments:

Problem of giving a name for software

PyAstroStack was supposed to be a temporary name I gave to the directory holding the code. I planned to change that before uploading anything to a public repository. Then after 0.1 I decided 0.2 is going to have a proper name, but no...

Now I'm planning the same for 0.5. I'm also planning on moving the public repo from BitBucket to Github so the name should be decided before that. I'm just out of ideas.

What do I want from the name?

The most important thing is simplicity of writing it. Even with Bash's autocomplete with tab, difficult commands are a pain to type. The current name is quite good from this point of view but I have to drop the capitals from command names. What was I thinking when I named the executable "AstroStack"?

Secondly I'd like the name to be relevant in some way. The program stacks astronomical images, yes, current name seems to work here as well. I've been thinking names of star constellations, nebulae, galaxies and so on, but haven't found anything sufficient. Different versions are currently being named after constellations. 0.2 was Andromeda, 0.4 was Orion and 0.5 is Cassiopeia. This name is only visible at the git branch at the moment, but maybe I'll put it in a more visible place in the future.

Third thing is, I don't want the name to be boring like pyAstroStack. I've been thinking an acronym, like so many other open source software have, but I lack the imagination for this. Also the acronym should form some relevant word.

Maybe I'm too stuck with the word stacker. All my ideas seem to include that. I should try something completely different. Or maybe I'll stick with this after all. In that case I'll drop the py prefix.

Any ideas?
Posted by Unknown at 7:33 PM No comments: