I bought an used EQ3-2 tracking mount mainly for camera. Then I also had to buy a DSLR since I only had a pocket camera (Canon PowerShot SX200 IS). Internet said it would be fairly easy to mount a camera to EQ3-2, but I failed to notice there are several types of EQ3-2 connection plates. The one I bought wasn't the type for cameras... 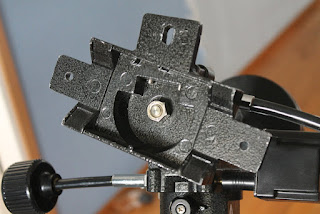 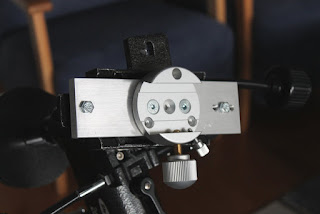 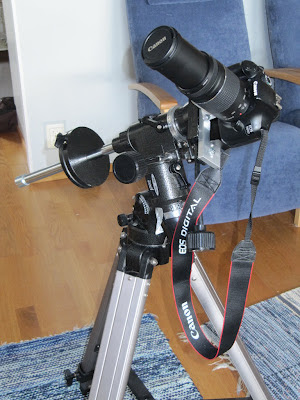 Next I'll have to learn how to align the mount properly. I have a polar scope so it should be easy but then I saw this: http://www.nightskyimages.co.uk/polar_alignment.htm. Maybe I'll prepare for a bigger operation...
Posted by Unknown at 2:42 PM